The 'Becoming' of a Writer

“I think that everything you do helps you to write if you're a writer. Adversity and success both contribute largely to making you what you are. If you don't experience either one of those, you're being deprived of something.” – Shelby Foote

Born in Mississippi on this date in 1915, Shelby Dade Foote Jr. (who died in 2005) was a writer, historian and journalist who viewed himself primarily as a novelist.  Despite that he is probably best known for his 3-volume historical masterpiece The Civil War: A Narrative, which became one of the main sources for Ken Burns’ own masterpiece PBS documentary “The Civil War.”

As a key source for Burns’ series, Foote was on screen almost 10 percent of the time introducing a generation of Americans to a war that he believed was "central to all our lives.”  In the process he also became a household name in his own right. 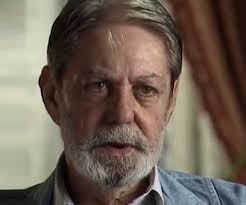 A World War II veteran, Foote started his writing career for the Associated Press and also worked as a newscaster for a South Carolina radio station before getting his first break with a feature piece in the Saturday Evening Post.   While most of his books sold well, he did not make a lot of money writing until the Burns’ TV series.  With his newfound fame, his trilogy alone sold more than 400 thousand copies in less than a year, prompting him to tell Burns: “Ken, you’ve made me a millionaire.”

Foote liked to do all his writing by hand – following, he said, in the footsteps of master writers he admired.   “If you want to study writing, read Dickens. That's how to study writing, or Faulkner, or D.H. Lawrence, or John Keats,” he said.  “They can teach you everything you need to know about writing.”