'It's A Biopsy' Of Human Life'

“A story is a kind of biopsy of human life. A story is both local, specific, small, and deep, in a kind of penetrating, layered, and revealing way.” – Lorrie Moore

Marie Lorena “Lorrie” Moore, born in Upstate New York on this date in 1957, is an award-winning writer in several genres, although she’s primarily known for her poignant and humorous short stories.  Moore’s career started while she was still a teenager attending St. Lawrence University.  There, she won Seventeen magazine's national fiction contest, leading to the publication of her story "Raspberries," and jump-starting her successful writing career.  That career took a huge leap forward in graduate school at Cornell where she studied under Pulitzer Prize-winning author Alison Lurie. 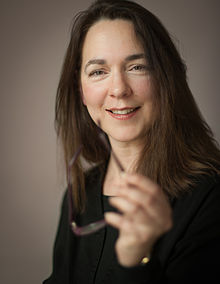 In addition to her many short stories (5 collections thus far), she also has written 3 novels, a children’s book and a non-fiction book and had a highly successful career in higher education.  She’s taught writing at 8 major colleges and universities across the country – although much of her teaching career was at the University of Wisconsin-Madison. Moore also writes about books, films, and television for The New York Review of Books, and a collection of her essays, criticism and comment was published in 2018 as See What Can Be Done.   Her best-known novel is A Gate At The Stairs, a finalist for the PEN/Faulkner Award.

“Rather than a teaching tool, I think a novel is more of a witnessing entity,” Moore said.  “A witnessing entity? What is that? I just want the reader to step in and experience it as a story.”