A happy song for the ages

“I’d love to say Walking on Sunshine relates to a significant event in my life, like walking out of my front door, seeing a comet and being inspired. But it’s just a piece of simple fun, an optimistic song.” – Kimberly Rew

Rew wrote Walking on Sunshine for his band Katrina and the Waves.  Sung by Katrina Leskanich, it was a massive 1985 hit song that has remained one of the all-time best-sellers – re-recorded by dozens of singers, featured over and over in commercials and movies, and making millions for the band members, who wisely chose to keep the rights.   Besides Rew and Leskanich, the other members are Vince de la Cruz and Alex Cooper. 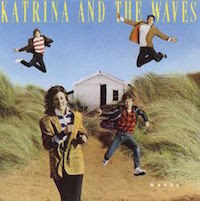 “The song changed my life,” said Leskanich, who first thought it wasn’t that great and they might be wasting their time recording it.   “I’ve ended up adoring it.  People are always coming up to me and saying: ‘We played it at our wedding.’”

It wasn’t yet around for OUR wedding, but it did roll up the charts in June 1985, and reached its high point right around this date – June 20 – which happens to be our anniversary.    I liked it then as our anniversary song, and still do.  So, happy anniversary to my wife Susan (our 48th) as we continue “walking on sunshine.”   And here’s the song.  Enjoy!
https://www.youtube.com/watch?v=iPUmE-tne5U&list=RDiPUmE-tne5U