Write First For Your Heart

“When my writing really started to take off was when I made a decision that I would write only what I wanted to write, for my heart, and if 10 people wanted to hear it, that's fine.” –  David Friedman

But, of course, far more than 10 people wanted to hear Friedman’s songs, which have included dozens and dozens of award winners and the scores of many movies, including numerous Disney animated features like Beauty and the Beast, Aladdin, Pocahontas and The Hunchback of Notre Dame.

Born in 1950 Friedman published the music book Listen To My Heart: The Songs of David Friedman through his own publishing firm Midder Music featuring 63 of his most popular songs, including "Listen to My Heart,”  "We Live On Borrowed Time,” and  "Trust the Wind,” all of which reached number one on Billboard's top hits. 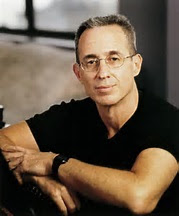 On Broadway, Friedman served as musical director for such original productions as Joseph and the Amazing Technicolor Dreamcoat, Song & Dance and Beauty and the Beast.

“In the music industry, we value large success. I realized that while I would like that, that it's not what my writing is about. And if I start making it about that, it becomes impure,” he said.  So, he simply wrote his songs and they all became large successes.

“Songwriting is the most terrifying thing to me,” he said,  “because you are really laying your heart out there.”

Posted by A Writer's Moment by Dan Jorgensen at 5:32 AM