'Open the Windows of Your Mind'

“Writing is a creative process, and you need to have the doors and windows of your mind open so that you have the possibility of change.” – Hakan Nesser

Born on this date in 1950, Nesser is a Swedish author and teacher who has had a  successful career writing crime fiction.  Winner of the Best Swedish Crime Novel Award three times, he also won the prestigious Glass Key award for his novel Carambole.

A native of northern Sweden, he taught and wrote in that region for many years before deciding to try living in other countries.  He spent several years in New York City and then even more in London before settling back in Stockholm where he and his wife still reside.  To date he’ written 27 books and 9 screenplays.  In 2019 he was given His Majesty The King’s Medal for his life achievements as an author. 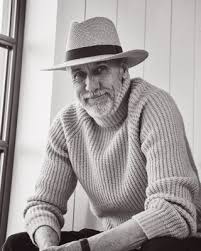 His books have been translated from Swedish into more than twenty languages and he says he’s always enthused about his writing.  “While I'm writing, I'm also the first reader, and I want to write a book where I'm excited about what happens next.”

Posted by A Writer's Moment by Dan Jorgensen at 5:19 AM