“Every published writer suffers through that first draft because most of the time, that's a disappointment.” – Rebecca Stead

So, for this American writer, second drafts definitely carry the “wow” factor.  Stead’s 2010 novel When You Reach Me won the Newbery Medal, the oldest award in children's literature.  And in 2013 she was named for the Guardian Prize recognizing her book Liar & Spy as the year's best children's book released in Great Britain.

Stead, who grew up in Manhattan, said she enjoyed writing as a child but later felt that it was "impractical" and became a lawyer instead. After years as a public defender she returned to writing after the birth of her two children, writing her first book First Light as entertainment for her oldest son.   “I asked myself what it was that I wanted from writing and where my connection with books began,” she said, “and the answer to that question was definitely in childhood, because that's where my connection with reading began.” 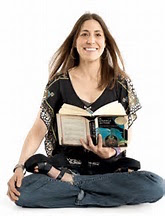 When You Reach Me was recently named the 11th best children’s novel of all time in a survey by the School Library Journal, and Newbery judges noted, "Every scene, every nuance, every word is vital both to character development and the progression of the mystery that really is going to engage young readers and satisfy them.”  It was the only 21st-century work among the top 20 in the Children’s novel rankings.

“A lot of my ideas for books come from newspaper articles. But I don't like to be actively looking for ideas,” she said.  “I do try to write in ways that reflect reality, and I think that reality is rarely simple.”