Exuberance from deed and pen

Born on this day in 1900, the French writer, poet, aristocrat, journalist, and pioneering aviator Saint- Exupéry became a laureate of several of France's highest literary awards and also won the U.S. National Book Award.   He probably is best remembered for his novella The Little Prince and for his lyrical aviation writings, including Wind, Sand and Stars and Night Flight.

I’ve written about this wonderful writer and great aviator before.  And while he is remembered for his writing, his trailblazing career as a pilot and his heroism on behalf of his country during World War II are equally worthy of attention.  And his journalistic writings played a major role in rallying the French forces and French underground in the battle to reclaim his homeland.

While not precisely autobiographical, much of Saint-Exupéry's 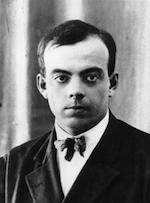 writing was inspired by his experiences as a pilot, including of course the incredible Little Prince and the highly intense and descriptive Night Flight.

As for his interpretations and explanation of things he wrote about, he noted, “The meaning of things lies not in the things themselves, but in our attitude towards them.”  Saint- Exupéry died in 1944 while flying a recon mission for the Allies in advance of their invasion of southern France. We can only wonder how much more he would have produced?  But we can be grateful for what he gave to the world.

Share A Writer’s Moment with a friend by clicking the g+1 button below.
Posted by A Writer's Moment by Dan Jorgensen at 5:50 AM