“I have likened writing a novel to going on a journey, with some notion of the destination I will arrive at, but not the whole picture - which emerges gradually as a series of revelations, as the journey goes along.” –  Rose Tremain
English author Tremain, who was born on this day in 1943, is a historical novelist who approaches her subjects "from unexpected angles, concentrating her attention on unglamorous outsiders."   First published in the 1960s, she has won most of historical fiction’s major awards.  In 1988, she also began to share her talents with budding writers as a professor of creative writing at the University of East Anglia.  By 2013, she had been appointed the University’s Chancellor, a post she still holds.

Side-by-side with her academic career has been a writing career worthy of Britain’s prestigious Whitbread Prize for Best Novel (Music and Silence) in 1999; the Orange Prize, given to Britain’s top female writer, for The Road Home in 2008; and the Walter Scott Prize for Historical Fiction for Merivel: A Man of His Time in 2013. 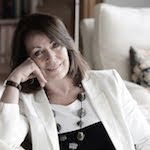 Tremain said even though her work is “historical,” there’s a bit of herself in each of her characters, male and female, and she always goes into her writing with the belief that the day’s output is waiting to be discovered.  “I'm always amazed by writers who tell me they plan everything at the beginning,” she said.   “I feel their writing days must be very bland.”

Share A Writer’s Moment with a friend by clicking the g+1 button below.
Posted by A Writer's Moment by Dan Jorgensen at 5:29 AM