A special approach to storytelling

“I have believed in the biographies I have written. I truly can tell you that they have influenced our society politically, culturally, socially.” – Kitty Kelley

Born this date in 1942, Katherine “Kitty” Kelley is the author of several best-selling unauthorized biographies, including those on Jacqueline Kennedy Onassis, Frank Sinatra, Nancy Reagan, and the British Royal Family. 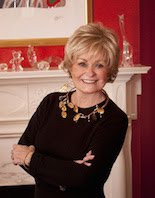 Born and raised in a wealthy Seattle family, she bounced around to several schools before earning a degree from the University of Washington and going to work in Washington, DC.  There she worked for Senator Eugene McCarthy for several years  before taking a job at the Washington Post.   It was while there that she started to put together ideas for what would become her special writing niche.

“The rumors of Frank Sinatra's violence and his ties to organized crime were such that journalists joked in print about me ending up in concrete boots and sleeping with the fishes if I proceeded to write his biography,” she said.   Sinatra filed a $2 million lawsuit to prevent it from being published but subsequently dropped it and the book became a worldwide best seller.  New York Times columnist William Safire called it "the most eye-opening celebrity biography of our time."

“People forget that unauthorized does not mean untrue,” Kelley said, “just like ‘authorized’ does not necessarily mean authentic.”
Share A Writer’s Moment with a friend by clicking the g+1 button below.
Posted by A Writer's Moment by Dan Jorgensen at 5:05 AM