'Self' writing led to 'world-wide' acclaim

“I don't mean it to sound egomaniacal, but in a way, for me, it was very useful to imagine that I was the only one who was taking pen in hand. I'd always been told that it was impossible to be published, so I was writing only for myself.” – Jane Hamilton

Born on this day in 1957, Hamilton grew up in Oak Park, IL, the youngest of five children, writing early in her life and accumulating many prizes for poetry and short stories even before she was out of high school.    She said she always thought that even though she was not a particularly good speller that writing was what she was meant to do.  “I just assumed that if you were a girl-child, you were supposed to grow up and write.”

Hamilton attended Carleton College in Northfield, MN, where I first met her in the 1990s during a speaking appearance there. 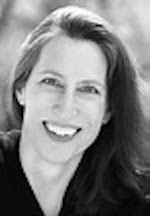 In college, she continued along her literary pathway, earning a degree in English and heading off to be an editor at Dell Publishing for Children.   But she got sidetracked en route, meeting her husband-to-be in Wisconsin and deciding to forego book editing to join his apple growing business – something they still do.  But, since apple growing is “seasonal," she has had plenty of time to keep writing during “off season.”

Her first novel, The Book of Ruth, published in 1988, won the Hemingway Foundation/PEN Award, Great Lakes College Association New Writers Award, and the Wisconsin Library Association Banta Book Award for Best First Novel.   She followed it with A Map of the World, firmly establishing herself in the writing world.  Both books also became critically acclaimed films.   Much of her work (she now has 6 best-selling novels) reflects her personal experiences, settings and characters.

E-books aside, she's an "old-fashioned" girl when it comes to books.   “All I hope, selfishly,” she said, “is that there will be real books until the day I draw my last breath.”

Share A Writer’s Moment with a friend by clicking the g+1 button below.
Posted by A Writer's Moment by Dan Jorgensen at 5:58 AM